FOUR DAYS, FOUR TALKS AND A CHALLENGING DESIGN WORKSHOP
FROM 16 TO 20 SEPTEMBER 2014 IN BOZEN, ITALY.

Centre Periphery  16th – 20th September 2014 with: Gruppe, Roosje Klap, Thomas Vailly & Zak Kyes Following the UNIBZ Design Festival 2012 the Faculty of Design and Art of the Free University of Bozen Bolzano is happy to launch a new project! The temporary platform Centre Periphery is an opportunity for design students from Bozen Bolzano and other schools (national and abroad) to meet, discuss and produce artefacts within a 4-days long workshop. The daily work activities during Centre Periphery will involve public discussions and a series of main talks in the evenings around the theme that gives the title to the project. Centre Periphery will offer the opportunity to be part of a varied debate, together with internationally renowned guests and teachers of the Faculty of Design and Art of the Free University of Bozen Bolzano. Every day, during Centre Periphery, we will be working together on the development of original projects in the spaces and workshops of the Faculty of Design and Art of the Free University of Bozen Bolzano. Every evening there will be public lectures by the visiting designers followed by food/drinks and music. Come to the periphery, join the centre!
The three main fields of action of the invited designers can be summarised with the terms signs, objects and space. Coherently with the interdisciplinary approach of our Faculty, we wish to combine in a single project different issues that characterise the design discipline and can be mixed in experimental forms of production like two- and three-dimensional design connected to innovative spatial interventions. The guest designers will develop a brief, inspired by the motto of the event Centre Periphery. During this event, that is going to take the form of a “late summer school”, they will supervise the activities of 60 selected participants. Nobody can argue that Bozen Bolzano is located within the accredited geographical centres where the international debate on design is happening today. Despite a flourishing economy, the main enterprises generally connected to the design world are located somewhere else. Bozen Bolzano does not lie on the route connecting the so-called design capitals worldwide. Our question is if the inevitable shift in the viewpoint induced by the localisation of our university could be able to generate a different approach to the design methods and practices that we daily deal with. Being far away from the established centres offers, for example, a challenging proximity to other forms of production like a handicraft that deepens its roots in an ancient tradition and offers stimulating input for possible reinterpretations. What comes to mind when talking about centre? Which are the structural elements that influence its definition? Is it still current to talk about centre and periphery in an age characterised by the ubiquity provided by internet flows that expose projects and thoughts about them to an almost world-wide spread audience? We decided to invite professionals from three clearly defined disciplines, but our intention is to investigate together the distance between the so-called centre and the periphery of each one of them. What happens if we abandon the security connected to the clear centre of a discipline and start exploring its blurry periphery where the boundaries melt into one another and generate a reciprocal influence that is able to completely change our perception of the so-called centre?
Centre Periphery is a project by Roberto Gigliotti, Jonathan Pierini and Simone Simonelli.
Staff: Elisa Spigai, Sabrina Vegetti, Nina McNab
Graphic Design: Matteo Moretti, Jonathan Pierini
Webdesign: Matteo Moretti 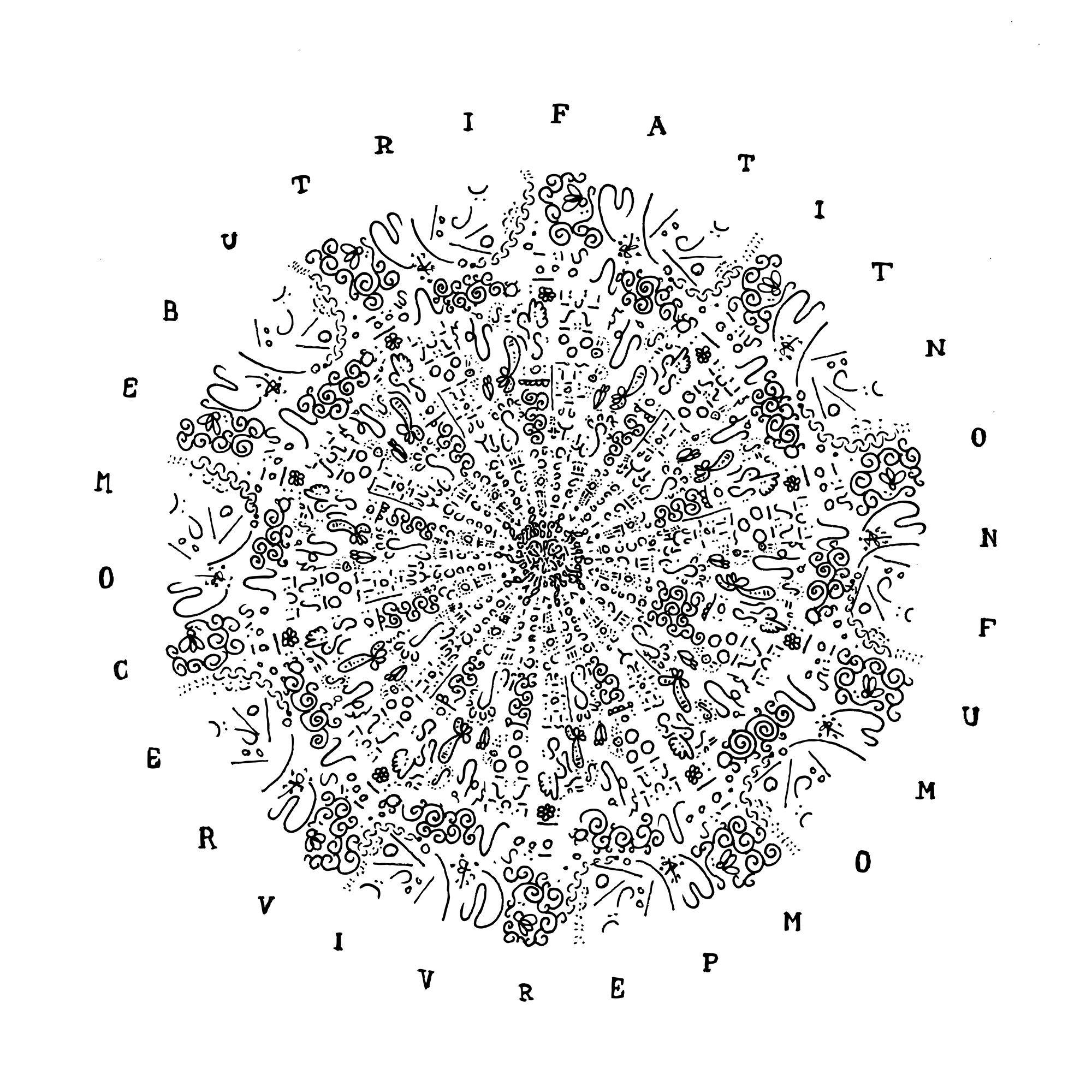 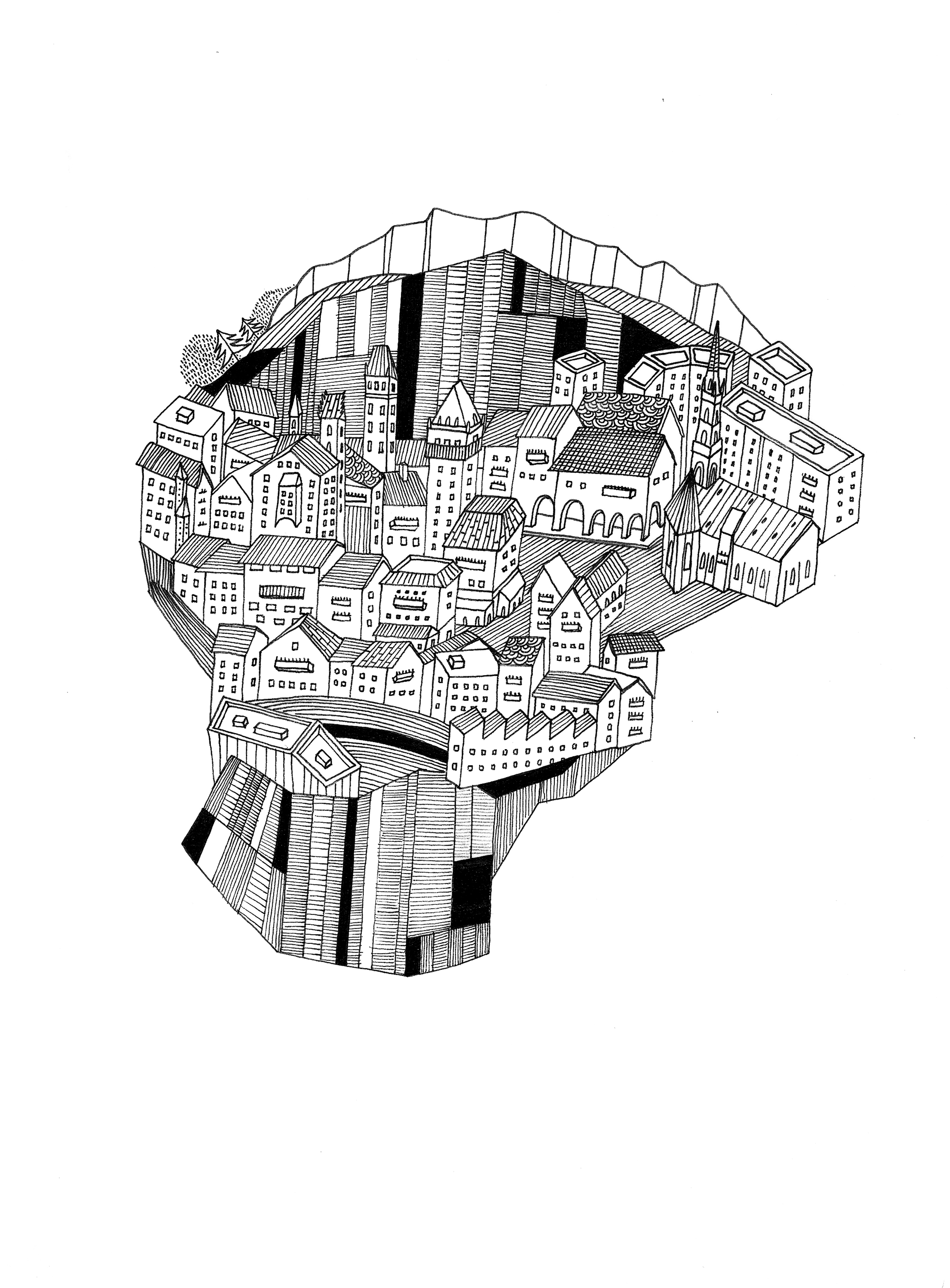 The daily activities during Centre Periphery will be accompanied by a series of main talks in the evenings, public discussions and the continuous opportunity to be part of a varied debate together with the guests and the teachers of the Faculty of Design and Art of the Free University of Bozen Bolzano.

Thomas Vailly
Thomas Vailly's design practice is focused on processes and systems in product design. His mechanical engineer diploma at University of Technology of Compiègne triggered a fascination for processes and transformation of matter.

This concern was combined to a reflexion on systems of production and consumption whilst following the Masters programme at the Design Academy Eindhoven. His work explores themes of industrial production, mass consumption and production, commodification and transformation of substances.
Thomas Vailly is the co-curator of C-Fabriek (DDW12, Eindhoven), a design exhibition focused on new design processes and low tech production technique. In 2013, together with Ohaly and Fiebig, he won the Frame Moooi. Interior design award. Recently he has been busy working with geological and natural processes. Together with Laura Lynn Jansen, he has been growing stone artifacts in thermo-mineral springs.


Roosje Klap
Roosje Klap owns a studio for visual communication, mainly graphic design and typography, which she has set up after her Graphic Design studies at the Gerrit Rietveld Academy in Amsterdam.
The studio researches the experimental boundaries of custom fit design, peculiar yet collaborative. With Roosje Klap a typeface can be unreadable, a book can turn out to be a sculpture and a stamp can become a drawing-by-numbers-drawing: she has a strong affection for unorthodox type design. Solving the mystery of an unanswered question is what drives Roosje Klap.
Many of her projects involve close collaboration with specialists from different cultural backgrounds, such as artists, curators, architects, type designers and writers. The research-based interdisciplinary design approach enables Roosje Klap to challenge the boundaries of graphic design and create new forms of communication. Roosje Klap represents a new generation of graphic designers that not only works on private or public commissions, but also defines their own assignments. ​
​Roosje Klap mainly works in the cultural field: museums, galleries, art publishers and artists. She recently designed two stampseries for PostNL as well as the new 2 euro coin for the Netherlands. For her design of the ‘Encyclopedia of Fictional Artists’ and for her ‘Rijksakademie Annual Report 2011’ she received a European Design Award. She also works as an Advising Researcher at the post-academic institute Jan Van Eyck Academy in Maastricht, the Netherlands, as well as head of the Graphic Design Department (together with Niels Schrader) where she implements what she calls 'affective design'.

Gruppe
GRUPPE is an architecture and design practice established by Christoph Junk, Boris Gusic and Nicholas Lobo Brennan in Zürich in 2010. Their work is concerned with thinking through building and the inherently political nature of architecture.
They see architecture as a way of thinking and acting, where the gathering of materials is inseparable from the assembly of people. GRUPPE teach together at ETH Zurich. They have been visiting critics at architecture schools in Switzerland, UK and the Netherlands. They are the winners of the 2012 Swiss Art Award for Architecture, exhibited during Art Basel 2012, and shortlisted for Lisbon 2013 Triennale Debut Award.
gruppe.cx

Zak Kyes Zak Kyes is a London-based graphic designer and art director. He founded Zak Group in 2005, and since 2006 has been the Art Director of the Architectural Association (AA), London, where, in 2008, he cofounded the publishing imprint Bedford Press. In 2010, he received the Inform Award for Conceptual Design from the Galerie für Zeitgenössische Kunst Leipzig, initiating the traveling exhibition Zak Kyes Working With… (2011–13).
Through collaborations, curatorial projects and publications Kyes has developed a unique practice that expands collaborative form from a pragmatic structure of working together to the joint development of content. Recent and ongoing projects include the art direction of the Berlin Biennale (with Juan A. Gaitán, 2014); the graphic identity of Fridericianum, Kassel (since 2013); the Serpentine Gallery Manifesto Marathon, London (with Hans Ulrich Obrist, 2008); and the Sternberg Press Solution series (with Ingo Niermann, since 2008). He has curated the touring exhibition Forms of Inquiry: The Architecture of Critical Graphic Design (2007–09) and The Information Economy as part of the New York Art Book Fair at MoMA PS1 (2010). 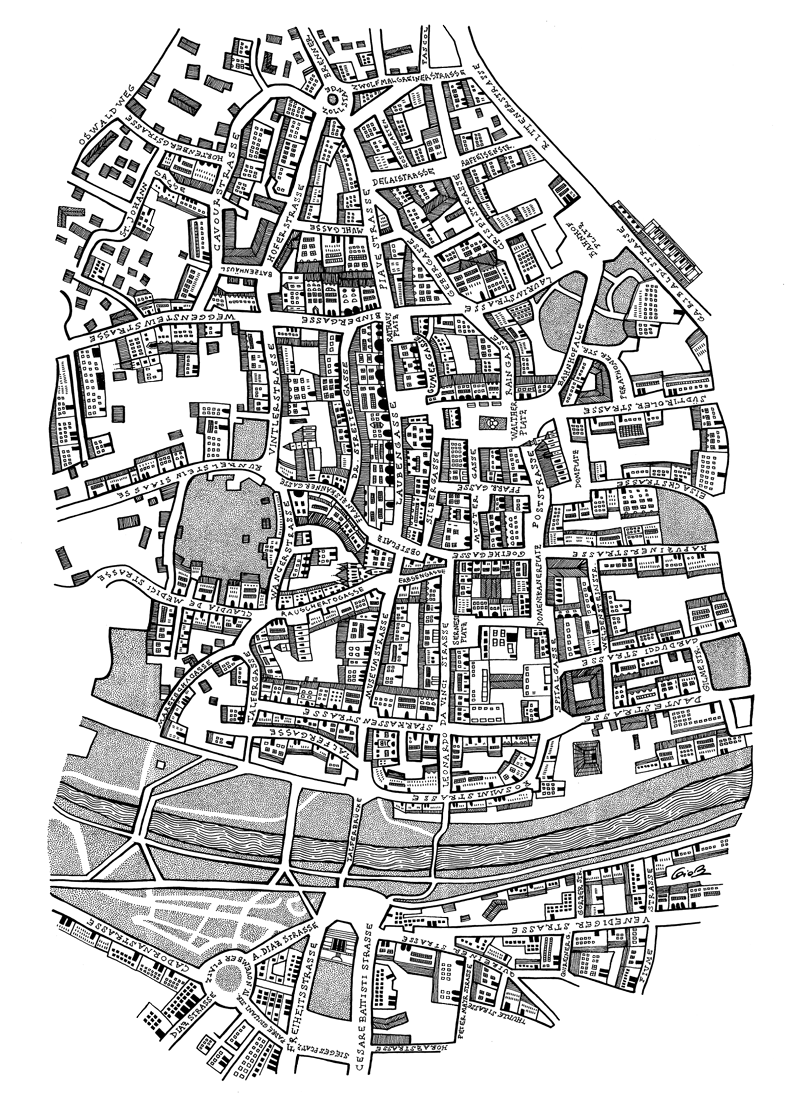 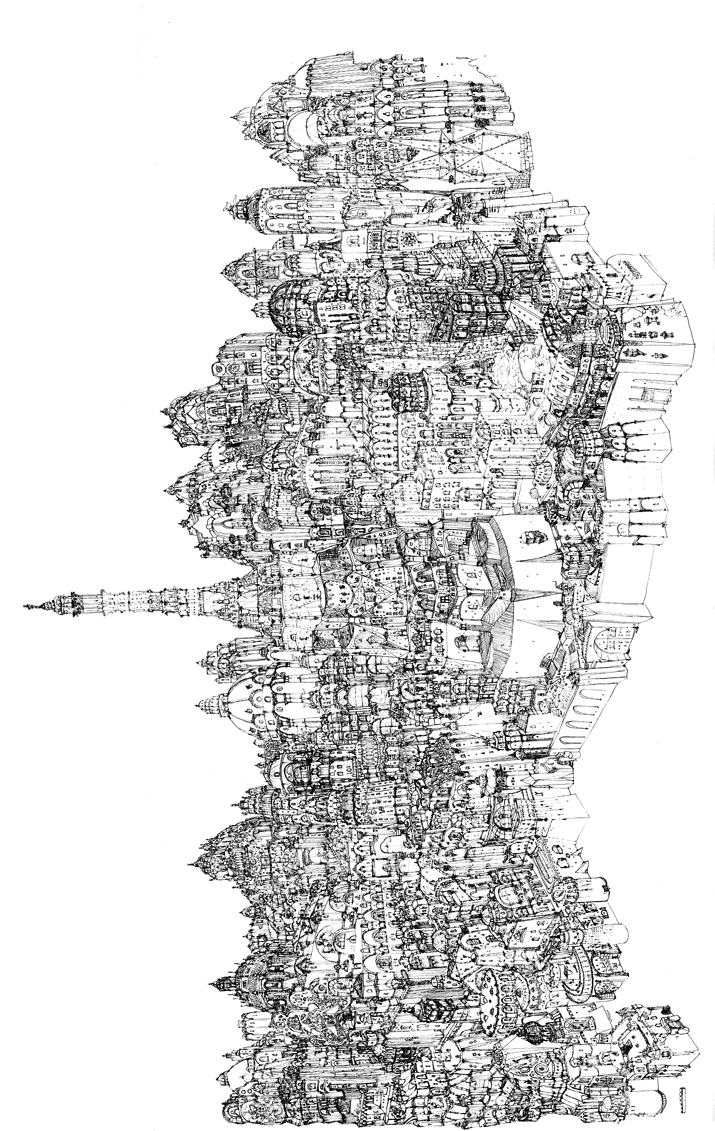 Centre Periphery will take place at the Faculty of Design and Art of the Free University of Bozen Bolzano.
Some sleeping accommodations offered by students of the Faculty, may be available for students from other schools who will participate in the workshop.
If you are interested, please get in touch at centreperiphery@unibz.it

By train
IC or EC trains to Bozen-Bolzano are operated by Trenitalia, ÖBB, DB.
Note: Every day an EC train operated by Deutsche Bahn leaves from Venice to Bolzano at 1:34 pm, with stops in Venice-Mestre, Padua, Verona, Rovereto and Trento / Ticket for this train can be easily bought on board!

If you are coming by car, you may consider to stay at a Garni or B&B out of the center of Bolzano.

Beside the main workshop, Centre Periphery will offer four open lectures on Wednesday, Thursday and Friday. The talks will be followed by food/drinks and music.

Centre Periphery will offer one main workshop under the joined guidance of Gruppe, Roosje Klap and Thomas Vailly. The workshop aims to be a transdisciplinary experience during which, the participants will have the opportunity to engage with signs, objects and spaces, thought as a unity of expression.
The workshop will be free and is open up to 60 participants. Design students from the Faculty of Design and Art of the Free University of Bozen Bolzano as well as students from other schools and young professionals are welcome.

Deadline for registration is August 17th.
Illustration by Beatrice Tamagnini 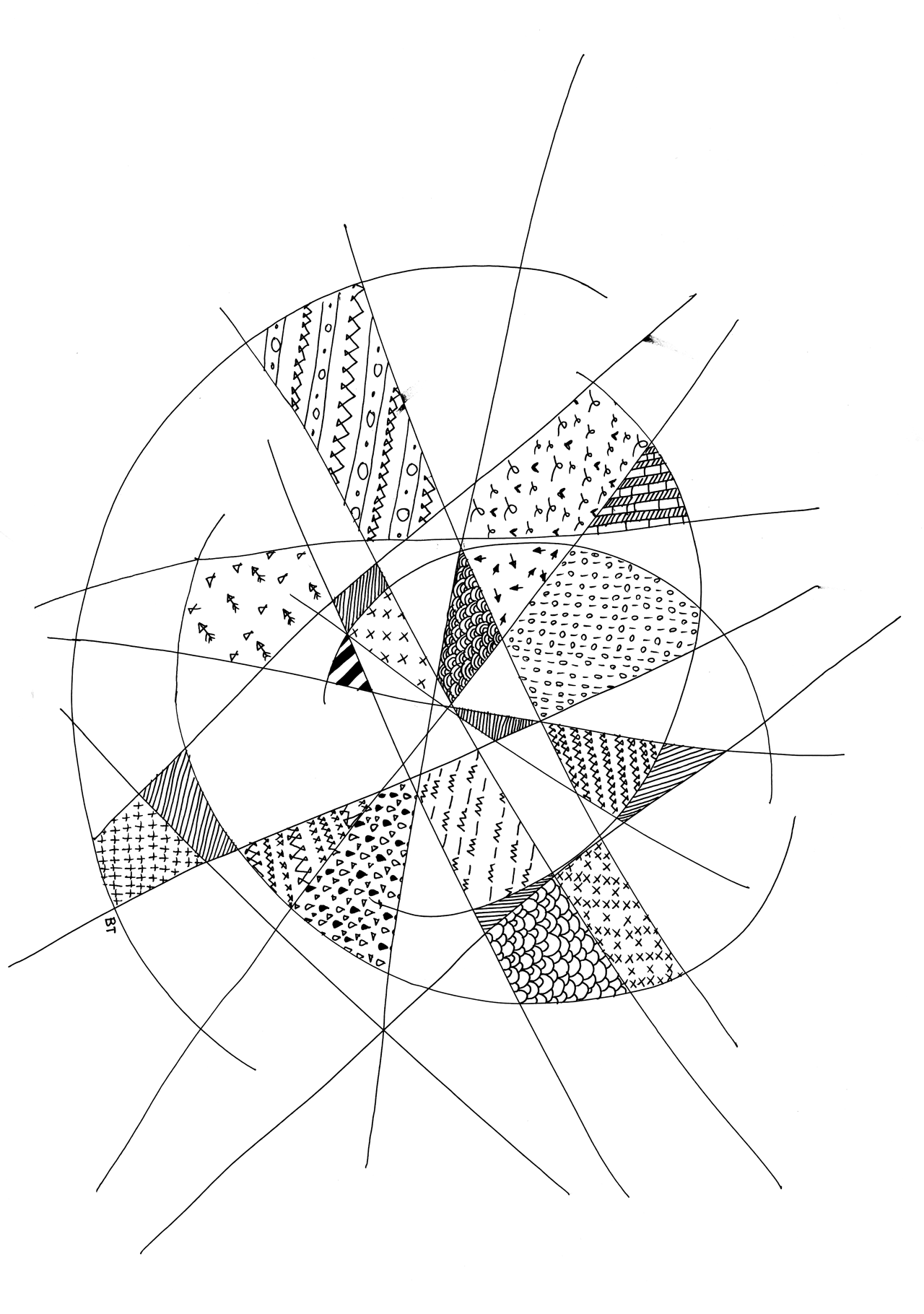 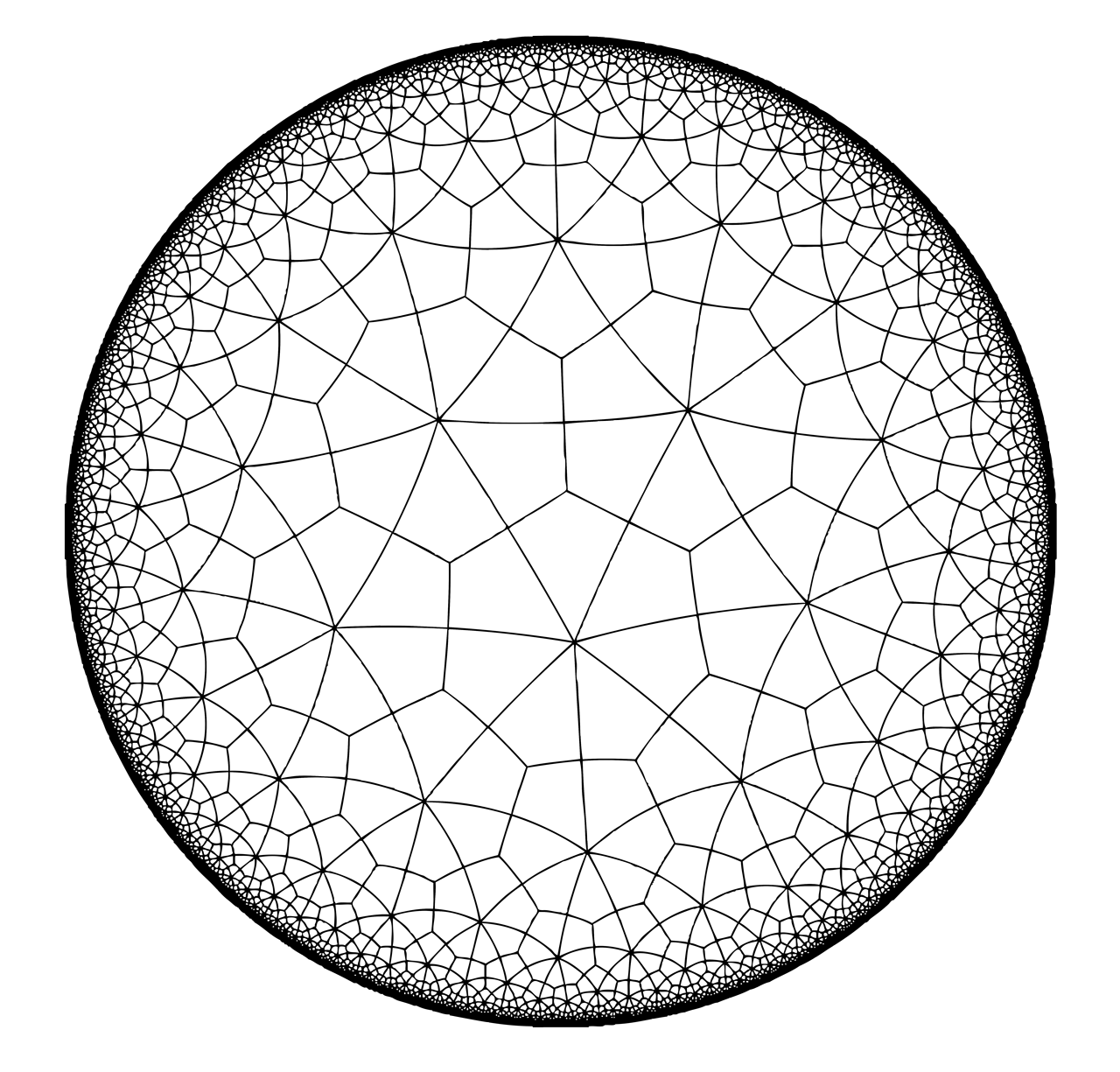 Participation in the Centre Periphery workshop is free upon registration. Registration opens on June the 1st and closes on August the 17th.
The workshop is open to students of the Faculty of Design and Art of the Free University of Bozen Bolzano and to students of other design schools as well as to young professionals.
To register send your cv and a brief portfolio to centreperiphery@unibz.it by August 17th. The selection will be made by the centre periphery team and communicated by August 25th. Participation in the open lectures is open and free!

Centre Periphery is a project by Roberto Gigliotti, Jonathan Pierini and Simone Simonelli.